voting for the climate

As you know, I'm a champion of 'voting with your wallet' to demonstrate support for environmental and social issues. This blog is practically dedicated to the notion that each eco-purchase, and decision not to over-purchase, is a vote toward a sustainable future.  (Thankfully this makes sustainability super fun, as seen in this post about Offspring style and this post about green Nashville.)

I'm even more passionate about the democratic voting process. Perhaps this passion is driven by my American heritage, or perhaps it's a result of hearing so much devastating news about citizens living under regimes and dictatorships in non-democratic nations. Whatever the source of my passion, the cliche is true - it's a right and a privilege to have a voice in how your country is governed. In fact, I've already exercised my right and voted from overseas. I voted for the climate.


This election there are a lot of hot button issues at stake. The Carbon Tax. Marriage equality. Refugees. The National Broadband Network. The economy. Did I mention the Carbon Tax?

As an environmentalist I've found this election campaign supremely frustrating. With all the talk about axing the Carbon Tax focusing on economics, the sense of urgency to respond to the realities of climate change has been lacking. UN Climate Science Chief Rajendra Pachauri recently provided a stark reminder of the seriousness of the issue with his statement that the climate fight is '5 minutes to midnight'.

This election, more than ever, the environment needs our help.

It is certainly not my place to tell you how to vote - I had a hard enough time making my own decision. But I would like to offer information on emissions and the Carbon Tax to help clarify the environmental policies of Labor, the Liberals and the Greens.

Carbon Tax
Still with me?

I told you it wasn't looking good for the environment this year.

I know the environment is only one issue amongst a number of important concerns for Australians and will be just one consideration in your decision-making process. I ask you to remember that climate change impacts many facets of our lives now and into the future, and urge you to keep in mind the long-term health, social justice and economic benefits of voting for the climate now when you're selecting your preferences for your member of Parliament and the senate race tomorrow.

Whichever way you vote, I hope you can set aside the frustration that can come with choosing among a number of 'not quite perfect' candidates and appreciate the fact that you do have a voice. Together, we really can change the the course of environmental history. And if it all goes pear-shaped for the environment at the election this weekend, you can expect to see me at many more climate rallies, continuing to exercise my democratic rights. 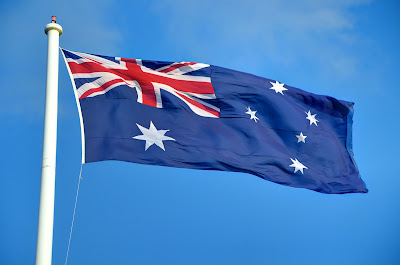 Email ThisBlogThis!Share to TwitterShare to FacebookShare to Pinterest
Labels: politics